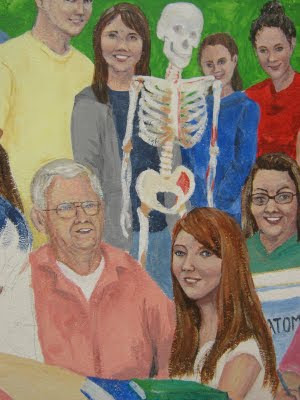 The face I added today (bottom left of the photo to the right, in the peach colored shirt), belongs to a former student, Johnny King.

John came to college after retirement and the death of his wife. He completed his associates degree at Southeast, and then transferred to the University of Virginia's College at Wise, just 30 miles away. He graduated from UVA Wise this past spring, after coming back to Southeast to pick up Spanish. While he was at Southeast John earned a number of academic awards, including the award I give for excellence in Sociology. John was one of those students whose quest for knowledge engaged me in learning many new things as well.

Note: I also fleshed out Mr. Skeleton (metaphorically). Yes, I know there aren't enough ribs, but I'm an artist not an allied health student.

Slowly but surely, students march across the wall, and the blank space shrinks. 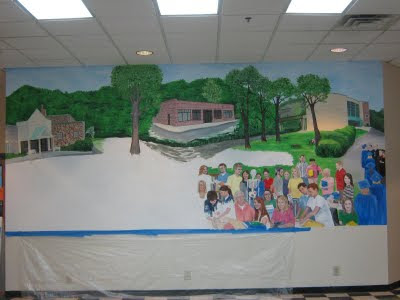 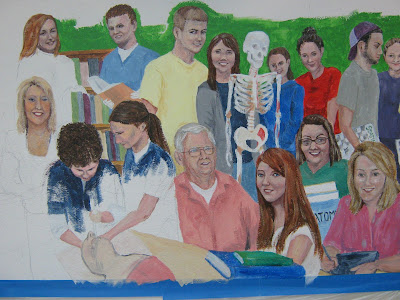 I admire John for his drive for a higher education.

How long has it taken you so far on this painting?