Musings on the Changing Nature of Friendship in My Life

This evening the Facebook page Humans of New York (HONY) https://www.facebook.com/humansofnewyork had a picture of a man about my age, sitting on a stoop and the quote was the following:


"Back in Greece, your circle of friends grows larger and larger as you go through life. In America, the circle mostly shrinks or stays the same size."
"Why do you think that is?"
"Time. Nobody has time here. It seems that every time you make a new friend, another friend has grown too busy or moved away."

I always like HONY's pictures and quotes (if you haven't discovered this young man's incredible portraits in photo and words, you really should); all of them speak to me in some way, but this particular quote hit very close to home. I know that I am ultimately responsible for the lack of friends in my daily life, but I'm not entirely sure how to change the situation after all these years. 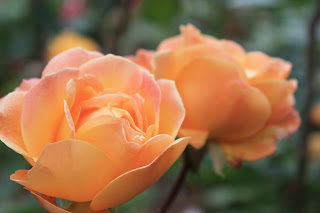 When I was a teenager I spent my time outside of school alone. I had good friends at school, some of whom I am still in touch with today (especially thanks to tools like Facebook). In high school most of my friends lived miles away; I had no car, neither did they, so our interactions generally ended with the school day. I was lonely, but also liked having space and time to read, write, draw and paint, dream and sing on my own.

College was amazing to me. There were people to talk to, to do things with any time of the day or night. People with whom to sit and listen to music, to go to a movie, have a meal or drink, to discuss the nature of reality or plan the revolution. Graduate school was more of the same: there was always someone with whom to talk, to share things, to laugh or cry. Even my first college teaching job involved intense friendship networks. The college faculty was mostly very young, and mostly a long ways from their family and kin networks, so there were Wednesday "seminars" at local watering holes where intellectual and political ideas could be debated, frequent potluck parties, and other singles with whom to have meals, go to movies, shopping, or just hanging out.

During those decades from college to first teaching job I tried very hard to make and keep friends. I reached out to others, gave parties, made an effort, because as much as I loved the intensity and the wide ranging nature of the friendships of those years, I am at heart an introvert who loves people, not an extrovert. I still needed plenty of alone time for recharging.

When I failed to get tenure at my first teaching job, and had to leave that intense friendship network, I found it difficult to put energy into a whole new set of friendship ties. The whole process was made so much more difficult because my second job (like my current one) was at a school where almost everyone on the faculty and staff was local and most were older; they all ready had extensive networks of family, kin and friends.  They were friendly and pleasant, but few people invited me to their home, or had social events at which I could get to know my colleagues the way I had known those at my first job. What I should have done was make more of an effort, not less of one. But as the new person I didn't know how to reach out to those already in place.

A few years later when a large new crop of faculty were hired at one time, I saw it as an opportunity.  I volunteered to be on the welcoming committee. I reached out in dozens of ways: providing both  a young married couple and a single mom with a large family with temporary beds, bedding and other furnishings while they waited for their own to arrive, doing the apartment hunting for another incoming colleague, and even offering my guest room to one new faculty who was having difficulty finding a place to live. I did my best to mentor the new people in a way that I had not been mentored. Well you know what they say, "no good deed goes unpunished." A new female faculty member decided that I was a controlling, dominating bitch that had to go if she was going to rise in power and position (she literally said that if I got tenure she would be forced to leave...I didn't get tenure and she left anyway). A new male faculty member decided that my offers of assistance (as part of an official new faculty welcoming committee) were sexual harassment and that I was responsible for all his difficulties with students in the classroom.

I made a couple of friends among colleagues, one of them my husband, John.  Getting married changed the dynamics of my life and provided for the first time a best friend who was available all the time.

Failing to get tenure again, I found a new job at a community college, where people were even more tightly integrated into family, kin and community networks. They were kind and welcoming, but had their own lives, and I was afraid to invest too much energy into building friendships - my last efforts having backfired so badly.  There are people here that I care very much about, whose parents I've met and whose children I know (many of whom end up in my classroom). But our friendships end at the edge of the campus (with the exception of Facebook in recent years).  I have only once been to the home of some one from work and that meant so much to me to be invited.

I know that I'm responsible for my lack of friendship ties.  I have not invited anyone to my home (while I love my cats and dogs I am somewhat embarrassed by the constant chaos and smell). I have not made a point of issuing any invitations of my own, to dinner or movies or a "night out with the girls." First blogging and then Facebook have come along to fill some of the spaces and needs that local friendships used to meet.  The Internet has introduced me to some wonderful new people, especially women my age who are talented and interested in similar issues (thank you, Deb, Chris, Beth, Geraldine, and Mimi) and to some young women who've helped me understand the next generation (thanks, Susan and Gwen); the Internet has also brought me back in daily touch with the friends of my adolescence and childhood, and the occasional friend from college, grad school and earlier jobs. My life seems overwhelmingly busy between work, house work, caring for animals, Facebook, writing, and I don't even seem to have enough time to spend with my wonderful husband...yet I miss the face-to-face and voice-to-voice friendships of colleagues - women especially.

So I wonder how do I go about changing things, and do I still have the energy to do so?
Posted by sgreerpitt at 8:28 PM

What a heartfelt post this is Sue and one I can (sadly) relate to, in many ways.

I am also an introvert as hard to believe as that might be, based on my persona online. I am not good at making and keeping friends in the real world, for the most part. I usually feel that I have little in common with most people and like you, wonder if it's worth my time and effort to reach out and yes, to face being rejected.

Stephen King is right IMO when he said that we never have friends again, like the ones we had in high school. We were there for each other, through everything. We never doubted each other's loyalty. There was about 8 of us young women, inseparable and almost a "unit" we did so many thing together. I miss that. But I feel at the same time blessed that I did know that kind of true friendship. So many people had a horrible time in high school. I remember it as non-stop fun and laughter and golden memories.