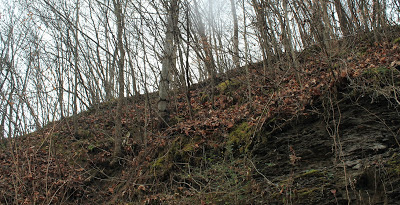 I have always liked winter. When I was a child in California, winter was when the rains came and the hills turned green instead of brown. I liked wearing sweaters and wool more than I liked sundresses.

The thing that I have come to love best about winter is the bareness of the trees. In winter the architecture of the world is easier to perceive. I have always seen a parallel between the world in winter and human life in times of stress and difficulty.

I did not always take comfort in that revelation. When I was young I focused on frailty, on loss.

For the winds are bitterly iced
between trees that,
having lost their summer leaves,
are no longer seen as intertwined,
but only tenuously touching a few brittle twigs
here and there;
solitary in a gray world that prevents
even the insubtantial companionship
of a shadow.
December 11, 1972

As a young person I perceived (often falsely) the failure of friendships to survive stress. I mistook temporary solitariness for abandonment.

Over the years, however, I have come to cherish winter as a time of bareness and spareness. Living as I have now for many years with woods and forest all around, winter is a time when the world opens up, when secrets are revealed. Having seen more of human life,  and where once I saw bleakness and abandonment, today  I see strength, resiliance and people reaching out. It is in the hard and cold times that people draw together, offer each other support. 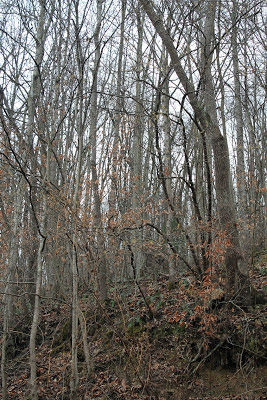 
It is interesting to me that I used the phrase "tenuously touching" in both poems - an unconscious echoing. But there is a tenuous drawing away and a tenuous reaching outward. It is the latter I perceive today.

Posted by sgreerpitt at 3:14 PM

I wish I could drum up enthusiasm for Winter. Spring is my happiest month I think. New life and all that! Fresh hope!
Maggie x

I love winter too, especially in a place with LOTS of snow. This was so beautiful to read Sue. I can understand your feelings about this time of year.

Sue, forgive me for being late with my comment. I'm just catching up on blog reading after a busy winter. Your thoughts on the world opening up in winter echo a feeling that I recently had when visiting the mountains of North Carolina. I commented that my favorite time to visit is not in the Fall of the year when the colors are at their richest. I love to visit in Winter where you can see the valleys below without obstruction of the leaves on the trees. And the vision of the bare bones of the leafless trees silhouetted against the 'smoky' valleys of the Smoky Mountains is a sight that stays with you always.