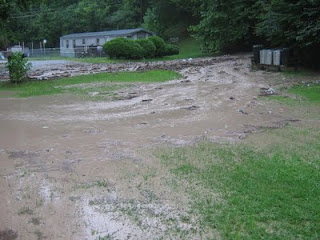 "sins against nature" by sgreerpitt is licensed under a Creative Commons Attribution-NonCommercial-ShareAlike 3.0 Unported License. Permissions beyond the scope of this license may be available at http://sunflowerroots.blogspot.com/.

Check out the poetry of other writers responding to this prompt at One Single Impression.

It has been more than a year (one year and three months almost to the day) since I last posted a poem for One Single Impression. I'm not entirely sure why I stopped. This morning, I decided it was time to get those creative juices flowing again. When I went to the OSI site, however, I was a bit dismayed at this week's prompt "seven sins," as I don't believe in "sin" in any conventional sense, nor in a parent-like god that personally assigns punishments in some afterlife for sinful behavior.

My belief is in a transcendent, omnipresent, everlasting power in the universe that is expressed through an inexorable physics of matter and energy that governs all activity and relationships. In this universe actions have consequences, some positive, some negative, some devastatingly destructive and some breathtakingly creative. There are no excuses, no pardons, no exceptions, no bargains to be struck or deals to be made. We either work with the power of the universe or we struggle against it. We can fool ourselves - indeed whole civilizations can fool themselves - thinking that we can do whatever we want, because consequences in reality are often incremental and slow, and do not manifest themselves until years, even centuries later.

I'm not just talking about man's relationship to the physical world, although that is upper most in my mind at the moment. This applies in to human interaction as well. There are universal issues and conditions, cooperation, trust, honesty, competition, sharing, exchange, truthfulness, and many others, that operate in the same inexorable way. To gain trust, one must trust, and behave in a trustworthy manner; violate these principles and trust erodes and disappears.

So on reading the prompt, I thought, perhaps it's time to think about a new set of seven "sins", related to these laws of the universe. However, after pursuing Wikipedia's discussion of the Catholic Church's seven deadly sins, I've decided that properly understood the original list really does encompass all the things I'd been thinking about.
Posted by sgreerpitt at 12:01 AM

It's great that you came back to OSI and provided such an intriguing prompt.

Checks and balances. Natural consequences. So simple, isn't it?

I'm glad you came back, Sue! Your writing always warms my heart. You did justice to it in a fine way! Like 'Rome burned while Nero fiddled.'

I did have a naughty thought, having also taught in the colleges. Right away I thought, Sue must have an easy summer course if she's teaching at all. That may be a sin against you in the thinking like that. I didn't think it to be mean, the thought just came to me. I truly am sorry if I said a wrong thing.

Yes, this was a hard prompt. I was going to treat it lightly, hence the first Senryū. My initial thought was The Man Who Thought He Didn't Sin with a wife who showed him differently. Lack of time and my slothfulness killed that idea. XD
..
BTW, I don't believe in the Deadly Sins concept. For me it was just a means to get church peoples' attention about their unacceptable behavior.
..

I am glad you are among us! This prompt challenged me for similar reasons. I think of sin as too much of a good thing. But who's to say what is too much? And if you need that good thing and someone is willing to provide it, what's the bad thing?

Hi! Welcome back! And Wikipedia was my go to source as well- I learned a lot - somewhat of a challenge for me as well. I really liked your interpretation- the poem, picture, and your personal explanation.